Read, Morpheus by Jilliane Hoffman. After finishing that absolutely thrilling first book, it took me straight to the next bookstore to fetch the next book of this series. And this one is in no way inferior to the previous one. Anytime when it’s absolutely thrilling she makes a turn and it gets even more thrilling. 😀 And this time I have been foresightful. After the first being so thrilling, and the second starting the same way, I just just bought the third book beforehand so that i could start it right away X-D 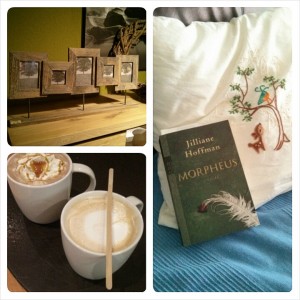 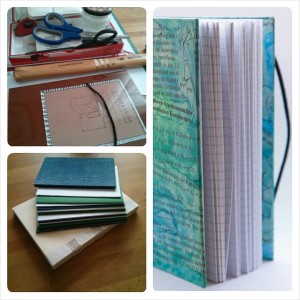 Crafted, lots of things :-D. And from all the things I started, I even finished one yet x-D. Wanna see? A note book for nerds 🙂
Additionally, I collected even more ideas and inspirations. One of those is that lovely shabby-chic picture frame in the left picture. I put that one straight to my mental todo list. Buying would be just too easy 😀

Run, wasn’t there something..? Plans can’t just work out every time, right? This week i only managed to put my running shoes on, twice. (yes I know it’s still early sunday, but i’m quite sure today i wont make it though :-/). But this shall not stop me from making plans and go on trying :o).
So my goal for the next week: try it again. Four times the week, make at least 30km, and maybe try to up the tempo a little on thursday.

Have a nice sunday! 🙂