As mentioned before, august was a month full of weddings. And for the wedding of my dear sister-in-law, that was also in august, i was asked to draw a fingerprint guestbook. 🙂
And she already had a clear idea of what it should look like. She wanted the bride and groom to be seated in an old Porsche Speedster, driving away with some rattling tins and cans behind them and a big bunch of balloons above them. The Guests should do the balloons with their fingerprints.
And this is what i made from this idea: 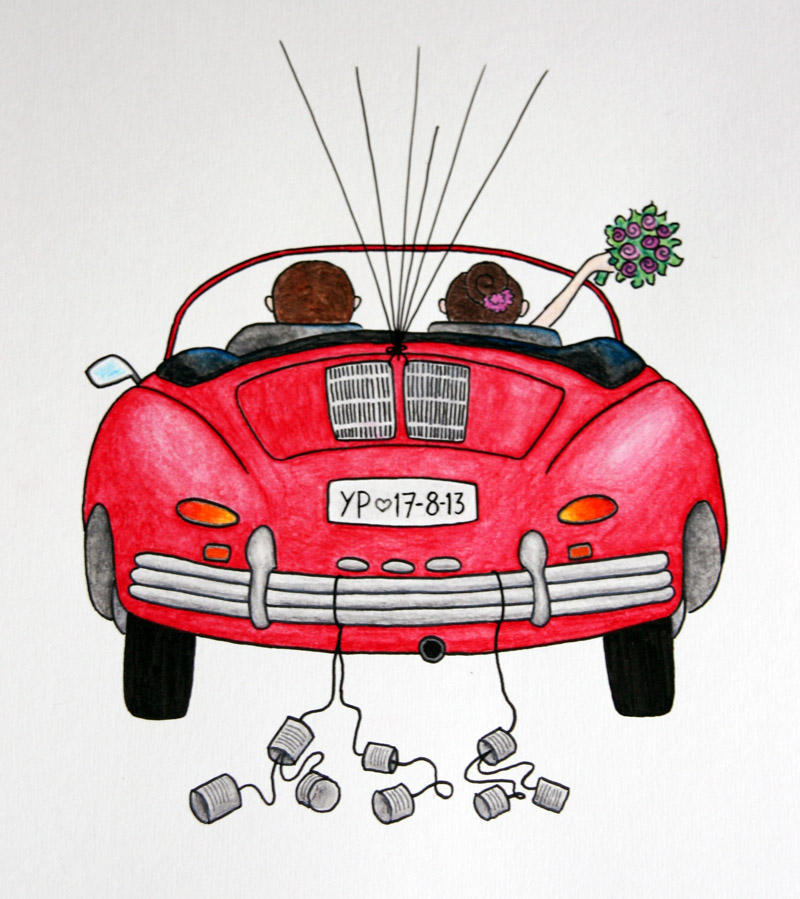 Another pic from the wedding day: 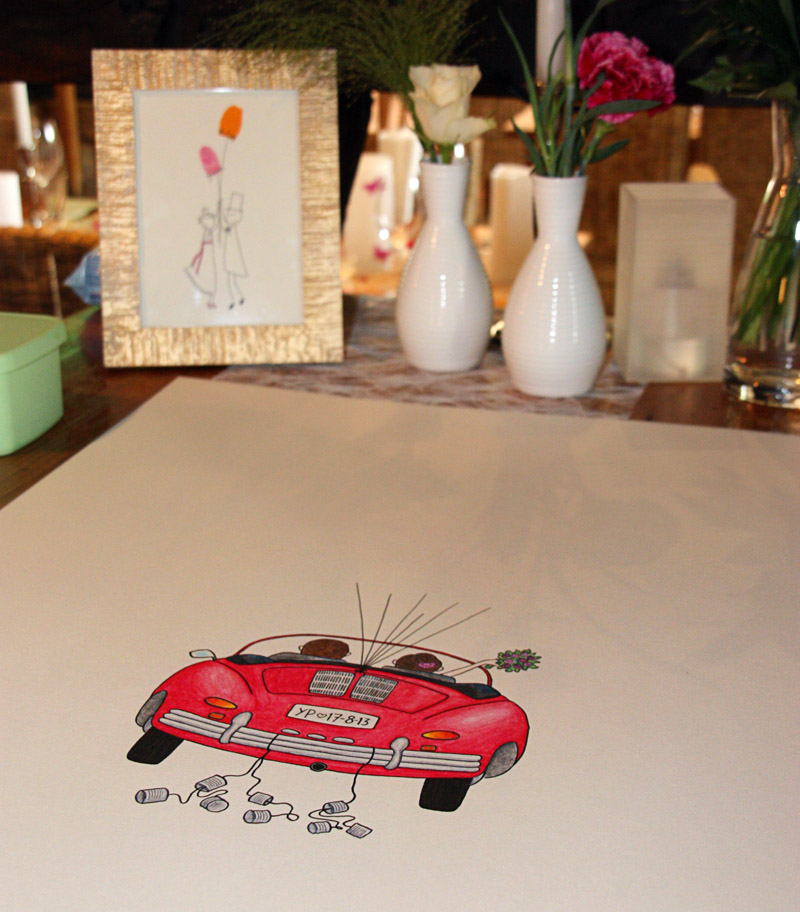 What we did last summer…

How to draw a guest tree